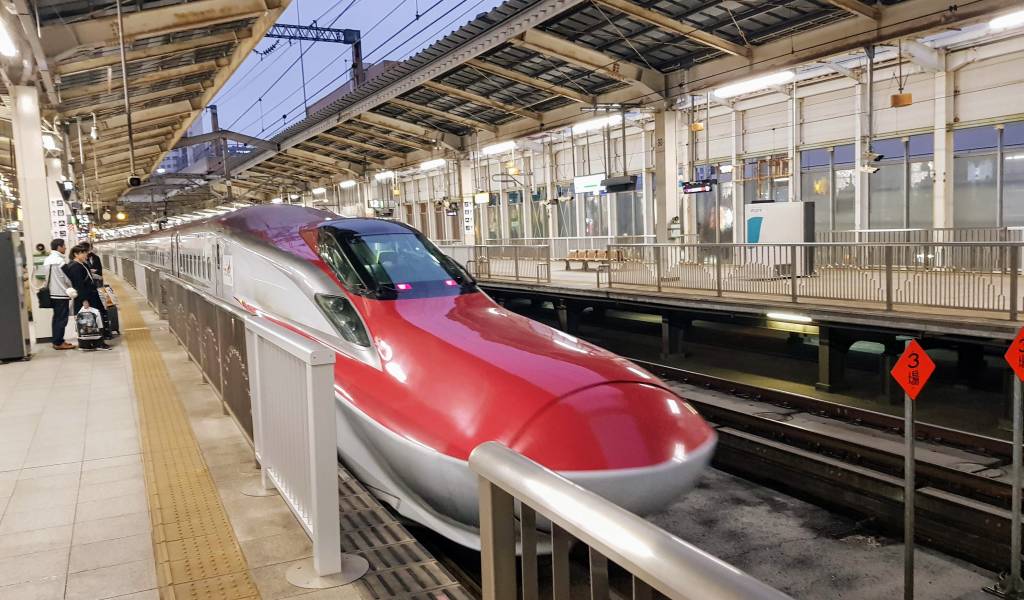 While the Japan Rail Pass might be the best known rail pass for travel in Japan, there are a number of alternatives popping up that are more practical and economical if you plan on concentrating your travels to a specific area rather than zooming up and down the whole country. In this article, we take a look at what is loosely referred to as the JR East Pass (well, all three of them), giving you the lowdown on what routes and rates you have to work with.

This cool discount pass was created to celebrate the launch of the Hokkaido Shinkansen between Aomori and Hakodate (that happened in March 2016). Unlike the JR West Passes, which have to be used for consecutive travel, the JR East-South Hokkaido Pass gives you six days of train access within a 14-day period. The cost is ¥27,000 for one adult and for children ¥13,500 , and you get unlimited rides on JR trains in the eastern part of Honshu (the mainland) and the southern part of Hokkaido (in case that wasn’t clear from the name). This includes Shinkansen (bullet trains) between Tokyo and the southern area of Hokkaido until Hakodate.

You can use this pass to get from Tokyo (right from Haneda Airport, in fact) to Hakodate, Fukushima, Matsushima (home to interesting little islands as well as one of Japan’s three most famous views: the reflection of pine trees in the sea), Nikko (a fantastic “power spot” all-year round, but particularly beautiful during autumn when the leaves change color), snowboarding hot spot Gala Yuzawa, and Karuizawa.

If you’re wanting to explore the Tohoku region (the area from Tokyo up to the edge of Honshu) in depth, JR East Pass (Tohoku area) is your best bet. ¥20,000 gets you five flexi-days of access to JR lines in the region, including some of the bullet trains (but not the Tokaido Shinkansen). There are some limitations on the trains you can take, but overall the pass works well.

Recommended Service
30% off Mobile Hotspot rental from Ninja WiFi
Ninja Wifi is the biggest provider of rental pocket wifi devices to international visitors coming to Japan. They also have the most pick-up points.
Click here for details

It’s substantially cheaper than the East-South Hokkaido Pass, but allows you to travel to many of the same places, including Nikko (and Izu), Gala Yuzawa, Fukushima, and Sendai. You can also have a leisurely meander around Yamagata, Shinjo, Morioka, Akita (think dense, lush forests), and Aomori, the jumping-off point to Hokkaido (and a great place for apples—notably the Fuji varietal—and castles).

Option three is perfect for cheapos wanting to spend the bulk of their time in Nagano and Niigata (you snow-loving types, we know who you are). The JR East Pass (Nagano, Niigata area) is ¥18,000 for adults, and offers five flexi-days of unlimited rides on a good number of trains between Tokyo and Niigata/Nagano, including the Joetsu and Hokuriku Shinkansen (but excluding the Tokaido Shinkansen). The Tokyo Monorail (useful for getting from Haneda into Tokyo proper) and Narita Express are also covered, so you can roll right off the plane and activate your pass.

If you want to experience the craft beer, hikes or ski slopes of Nagano (known for its hosting of the 1988 Winter Olympics) or submerse yourself in the mellow country atmosphere of Niigata (also the gateway to Sado Island), this is an affordable way to do just that.

All of the JR East passes tend to work out much cheaper than it would be to use single tickets for your trips. Like the JR Pass, you can buy regional passes after arriving in Japan, but you usually save a few yen if you sort them out in advance.

Good news: Starting April 2021, the Tohoku pass and the Niigata-Nagano pass are available to all travelers with a passport issued by a country other than Japan. In the past, these passes were available only to foreign tourists with short-stay visas (3 months or less).

While we do our best to make sure it is up to date, information is subject to change at any time. This post was orginally published on November 4, 2016. Updated by Heidi Sarol in May 2022.

Get the best Japan Cheapo hacks direct to your inbox